You are here: Home1 / rodents

One Problem in Cold Weather

I don’t let cold weather put the brakes on my composting, at least my role in it. For the bacteria, fungi, and other workers in my compost pile, it’s another story. Come cold temperatures, and their work come screeching to a halt or near halt (which depends on the degree of cold, the size of the pile, the mix of ingredients, and moisture).

But that’s no reason for me to abandon composting.

The main problem, as I see it, with composting in winter is not the workers not working. Pile up food scraps another organic materials winter, and composting will re-convene when warm weather arrives again in spring. The problem is that those food scraps offer a smorgasbord of tasty, easy calories for rodents. Which is not good.

(Lest you’re feeling fuzzy and warm to these furry creatures, a short list of what they could bring along to you would include hantavirus, leptospirosis, lymphocytic chorio-meningitis, rat-bite fever, salmonellosis, and tularemia, all of which are as bad as they sound. And that’s only a partial list.)

I take a multi-pronged approach, then, to keeping rodents at bay yet carrying on with my role in composting.

My first line of defense is to keep rodent populations in check.

The top layer of the compost pile is not the only place where rodents might find a meal. In autumn, I clean up any rodent treats that might be lying around such as ears of corn, old squash and tomato fruits, and baskets of filberts or black walnuts. As appropriate, they go either onto the compost pile or into animal-proof storage. 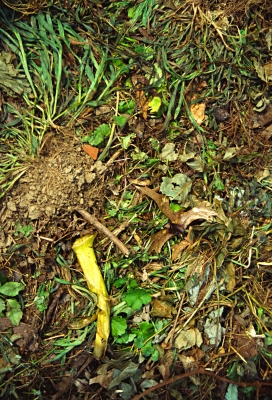 Sammy, Daisy, and Gracie also help out. They are, respectively, a dog and a dog and a spayed cat, who spend most of their time outdoors. (I know, I know about the problem with cats and birds. But I’m trying to strike a balance. A few less birds weighed against soaring rodent populations seems reasonable. And anyway, Darwinian selection may be going on here for birds that are increasingly learning to avoid Gracie. At least, not to get too graphic, judging from the “gifts” Gracie brings back to show off.)

I support the work of Sammy, Daisy, and Gracie by doing some trapping on my own, mostly of rabbits and squirrels because they can damage or kill plants, and pilfer my food. Black rat snakes, which sometimes go so far as to lay their eggs in my compost pile, also help out. 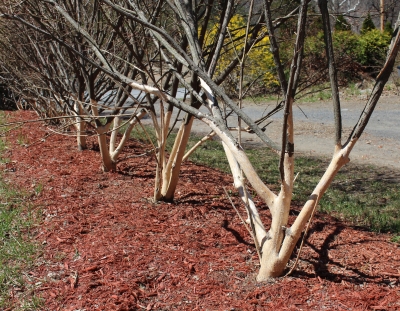 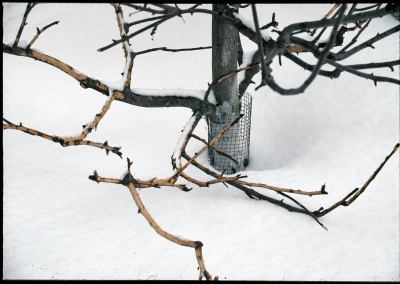 My second line of defense is to keep rodents out of my compost pile. A number of heavy-duty plastic or metal, animal-resistant compost bins are available for sale, and all work pretty well — as they should, since any pile of organic materials will eventually turn to compost. Their usual limitation is that they many lack sufficient volume for a critical mass if you want to make hot compost.

I made my own compost bin, actually bins. Having two or more allows compost to mellow in one bin while the other one or ones are still cooking. My bins are rodent-proofish. They are so, first of all, by my setting them up in flat ground upon which I first lay down a large enough piece of 1/4 inch or 1/2 inch mesh hardware cloth to keep the critters from tunneling up from below. 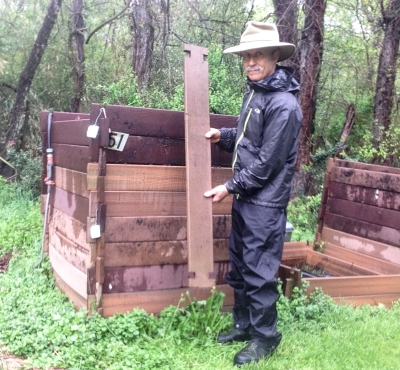 The bin itself is made of notched, fake wood (such as used for decking). As the notched pieces slide together, the tolerances were designed to be close enough to deny rodents access. Ah, but “there’s many a slip ‘twixt the cup and the lip;” my carpentry skills fell a little short of making all those notches small enough, which would be less than 1/2 inch, to allow entry by even a mouse. Still, the bins work pretty well.

I detail the material I used and the construction of the bins at https://leereich.com/2019/06/my-compost-for-a-bin.html.

Rodents are wily creatures, and I expect that they could somehow jump and climb their way up the bins to the top of the pile where the freshest delicacies have been most recently placed. Originally, I planned to make rodent-proof covers to the compost bins, but they never got out of the early planning stage. 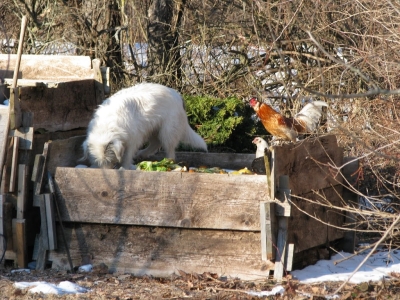 Turns out that my dogs are very good jumpers, and also very fond of kitchen scraps. My ducks are adequate fliers/climbers, and likewise show interest in this department. So the plan here is to deposit compostables from the kitchen onto the compost-pile-in-progress each morning, when ducks and dogs are out and about. They clean up all of the most desirable and calorie-laden stuff, leaving little or nothing for any rodents who, excepting squirrels, are mostly nocturnal. 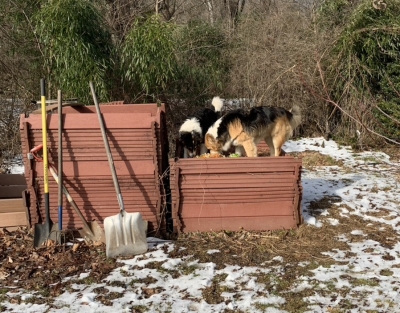 Note: As I re-read what I’ve written I realize that I could be accused of not being pc for a number of details stated. Sorry. But composting itself is very pc, and reality often involves striking balances to get the most desirable results.