How Much Soil Organic Matter?

In last week’s blog I kept jumping the fence about cover crops. First I extolled their benefits. Then I wrote that they’re probably unnecessary in my heavily composted ground and possibly to blame for poor growth of some corn and tomatoes. Finally, I wound up stating that I do grow some cover crops anyway. No wonder I caused some confusion. 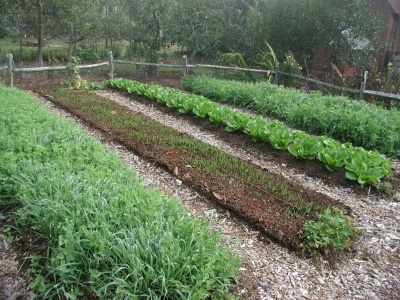 All this prompted one reader, Peter, to comment with some specific questions that might also be of interest to some of you. I will now try to answer them.

His first question was: “How is percentage of organic matter in the soil determined.” “Organic matter” is carbon compounds; as such they can be oxidized, and when this happens they are lost from the soil as carbon dioxide and water. Microorganisms do this naturally in any soil as they feed on organic matter, in so doing releasing minerals associated with the organic matter in forms that plants can use for nourishment.

The way to test the percentage of organic matter in the soil is to weigh a sample, oxidize the organic matter, then weigh it again to measure the loss. Oxidation can be done by burning the sample at high temperature. Another way is to chemically oxidize a weighed sample using potassium dichromate and then measure how much dichromate is left after the reaction. (The latter reaction is more accurate than burning because carbonates in a soil will also lose carbon dioxide when heated, affecting the final weight.)

Peter also reported that his soil tests very high in phosphorus, potassium, magnesium, and calcium. Soils to which have been added lots of organic matter typically test very high or excessive levels of phosphorus and potassium. That doesn’t present a problem, possibly because, as I wrote last week, “Conventional soil tests are for mineral soils, not soils that are very high in organic matter.”

As far as the high levels of calcium and magnesium, I’m not sure about that. Excessive applications of dolomitic limestone would cause that, and that would also be reflected in a high pH. 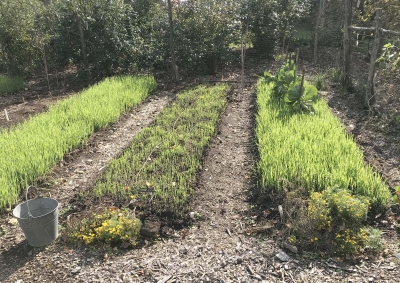 The major, consistent negative impact of my late summer of fall planted oat cover crops has been to increase the number of weeds the following spring, specifically henbit (Lamium amplexicaule). For the past couple of years I’ve dealt with that problem by tarping those beds in spring for a couple of weeks or more. Or, not as good, just pulling out the henbit.

Because I only cover crop beds that are no longer needed for vegetable plants towards the end of the growing season, growing the cover crops doesn’t take up space in which I could otherwise grow vegetables. 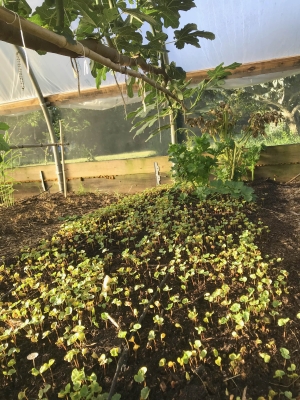 It’s also almost no trouble to sprinkle the oat seed over the bed before laying down the inch of compost each bed gets every year. 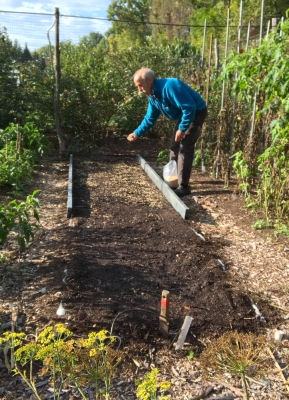 And finally, I have to admit that I like the lush green look of the oat leaves, the leaves maintaining that look almost until the first day of winter. And even after that, they flop down on the ground, dying, but then hiding the brown compost beneath a tawny blanket.

Last question: “When is the latest time to plant the cover crop?” Cooler weather and diminishing sunlight dramatically slow plant growth in autumn. Oats like that cool weather, and will germinate and sprout pretty late in the season. But there comes a time when so little growth will ensue that oats or any other cover crop is not really worth planting. 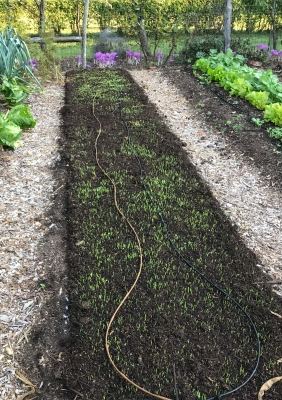 Here, about half way up New York’s Hudson Valley (USDA Hardiness Zone 5), I figure on the latest date to make planting a cover crop worthwhile is about October 1st. 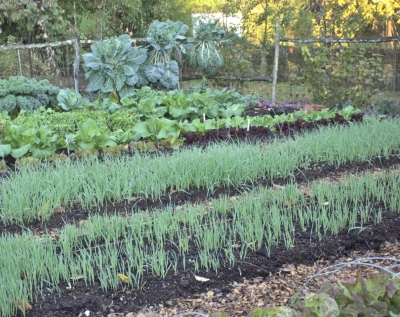